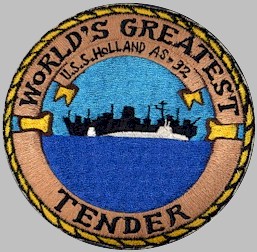 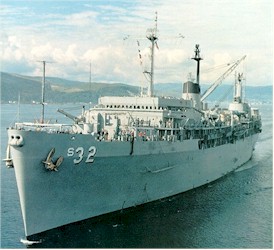 The USS Holland (AS-32) was launched by Ingalls Shipbuilding of Pascagoula, MS, 19 January 1963;  delivered to the Charleston Naval Shipyard, and commissioned
7 September 1963.

Prior to arriving at Site One, Holland served two tours at Rota, Spain, and two tours at the FBM Replenishment Site Four, Naval Weapon Station, Charleston.

Holland departed Charleston in August 1974, and transited the Panama Canal on her way to conversion / overhaul at Puget Sound Ship Yard. During this work, the original Polaris Missile Magazine was removed, and a prefabricated, 250-ton Poseidon Magazine was set in its place. Once this overhaul was completed - she re-transited the Panama Canal, and proceeded to her next duty station in Holy Loch, Scotland. Arriving at  Site One in November 1975, Holland relieved the USS Canopus (AS-34) and commenced seven years of noteworthy service - during which time she was awarded five consecutive Battle Efficiency "E" and Golden Anchor awards. 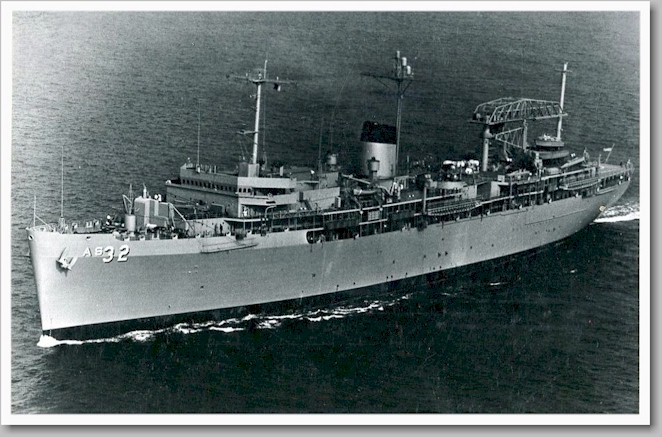 In 1978 the Holland was awarded the Battenberg Cup which was presented to the Holland by Admiral I.C. KIDD, JR. The Holland was the only Submarine Tender to receive this award. The award was for the period 1 January to 31 December 1977 and stated in part :"USS Holland was selected as 'The Best' of approximately 240 Atlantic Fleet Ships in overall Battle Efficiency performance, combined with other extraordinary performance and achievement in primary mission support, personnel administration, career motivation and retention, engineering, safety and morale".

In January 1982, Holland was relieved at Site One by the USS Hunley (AS-31), and returned to Charleston.

After many distinguished years of service Holland was decommissioned on 13 April 1996 in Apra Harbor, Guam. 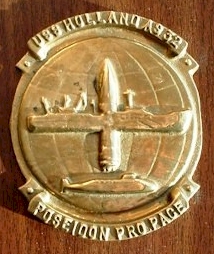 For a more detailed history of the HOLLAND go to: Tender Tale